In December last year, embedic wrote an article about STM32F407 Arduino Chip Interpretation. Many people left messages saying that they want to know more about STM32F407. Today, embedic will continue to discuss STM32F407 discovery with you.

Hardware: The design hardware is based on the ART-PI development platform. The main control chip adopts STM32F407 evaluation board high-performance single-chip microcomputer. At the same time, it adopts the TB6612 chip as the core power drive of the rotating inverted pendulum. It adopts Hall sensor as speed acquisition and high-precision potentiometer. As the swing arm angle acquisition sensor, an OLED screen is used for parameter display and real-time adjustment.

The hardware platform of this design is based on ART-PI, and the core part has been fixed. For the mechanical part of the rotating inverted pendulum, its structure is shown in the figure below: 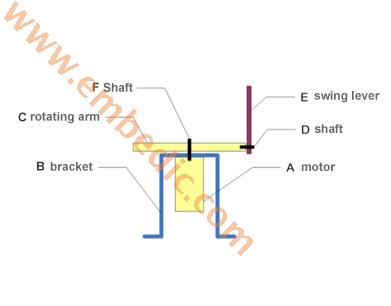 In engineering practice, the most widely used regulator control law is proportional, integral, and derivative control, referred to as PID control, also known as PID regulation [6]. The PID controller has a history of nearly 70 years since it came out. It has become one of the main technologies of industrial control because of its simple structure, good stability, reliable work and convenient adjustment. When the structure and parameters of the controlled object cannot be fully grasped, or an accurate mathematical model cannot be obtained, and other techniques of control theory are difficult to adopt, the structure and parameters of the system controller must be determined by experience and on-site debugging.

That is to say, it is often not enough to introduce only the “proportional” term in the controller. The function of the proportional term is only to amplify the magnitude of the error. At present, the “differential term” needs to be added, which can predict the trend of error changes. In this way, the controller with proportional differentiation can make the control effect of suppressing error equal to zero or even negative in advance, thereby avoiding serious overshoot of the controlled quantity. Therefore, for the controlled object with greater inertia or lag, the proportional derivative (PD) controller can improve the dynamic characteristics of the system during the adjustment process. 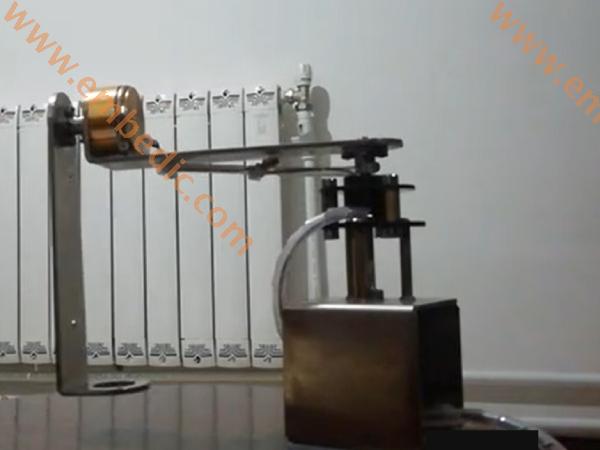 The main of the Arduino STM32F407 robot motion system is the underlying configuration of the chip, but it can be solved initially by comparing the manual introduction and simulation. Thanks to the perfect kernel management, debugging interaction, and driver design of the RT-Thread operating system, many detours are avoided in the design, and the development speed is accelerated. It is recommended that everyone try to use the system. STM32F407 arduino is really good.