Single-chip microcomputer is also called single-chip microcontroller. It is not a chip that completes a certain logic function, but integrates a computer system on a chip. It is equivalent to a miniature computer. Compared with a computer, the SCM only lacks I/O equipment. In a nutshell: a chip becomes a computer. Its small size, light weight and low price provide convenient conditions for learning, application and development. 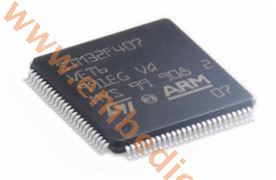 The STM32F407 series of chips are ST (STMicroelectronics) launched a high-performance microcontroller based on ARM Cortex™-M4 as the core. STM32F407 uses a 90-nanometer NVM process and ART (Adaptive Real-Time Memory Accelerator) ™). According to relevant market statistics, STM32 series chips shipped 1 billion units in 2017. As one of the world's largest semiconductor companies, ST has a wide range of product lines, sensors, power devices, automotive products and embedded processor solutions, which play an important role in the IoT ecosystem. Among them, MCU is one of the most important businesses. Official data show that in 2017, ST accounted for approximately 19% of the general-purpose microcontroller market. The company has more than 800 STM32 products and more than 50,000 customers.

3. The use of STM32F407 as a development is mainly based on the following reasons:

The single purchase price of STM32F407VET6 model is about 13 yuan, and the bulk price will be lower.

● Large market and many development materials.

As the most popular chip in the world, most companies in the market are currently developing chips based on the STM32 series, and corporate recruitment basically requires STM32. At the same time, there are many mature programs and related forums on the Internet.

STM32F407 provides the performance of the Cortex™-M4 core (with floating point unit) operating at 168 MHz. When executed from Flash memory, STM32F407/417 can provide 210 DMIPS/566 CoreMark performance, and use ST's ART accelerator to achieve FLASH zero wait state. DSP instructions and floating-point units expand the application range of the product.

2 USB OTG (one of which supports HS)

STM32F407 can easily expand the storage capacity with a flexible static memory controller that supports Compact Flash, SRAM, PSRAM, NOR and NAND memory

In an embedded system, it is often necessary to control many external devices or circuits with simple structures. Some of these devices need to be controlled by the CPU, and some need the CPU to provide input signals. For device control, STM32F407 Arduino uses traditional serial or parallel ports, which is more complicated. Therefore, embedded microprocessors usually provide a "general programmable I/O port", that is, GPIO.

Operate the GPIO port of STM32F407 by operating the LED on and off. Look at the hardware schematic diagram related to the LED on the development board 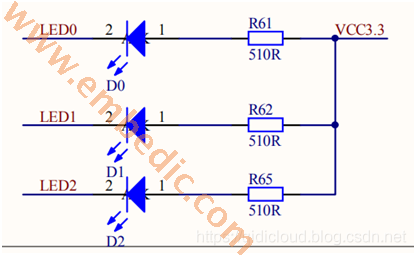 The three pins LED0, LED1, and LED2 correspond to GPIOE_3, GPIOE_4, and GPIOG_9 on the STM32F407 chip, respectively. Therefore, the on-off operation of the LED can be transformed into the pin output operation of STM32F407. 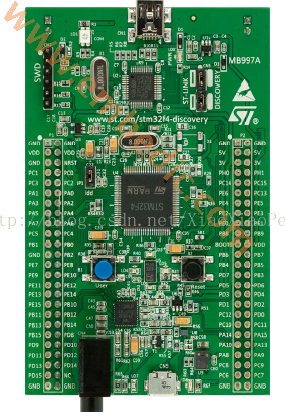 6. Parameter table corresponding to the chip

● Clock: up to 168MHz, it can actually be overclocked a little bit

● Most IO ports are resistant to 5V (except analog channels)

●Internal channel can be used for internal temperature measurement 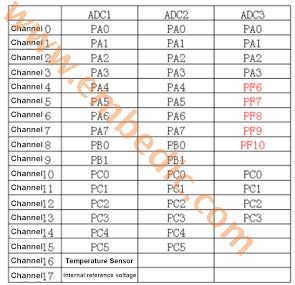 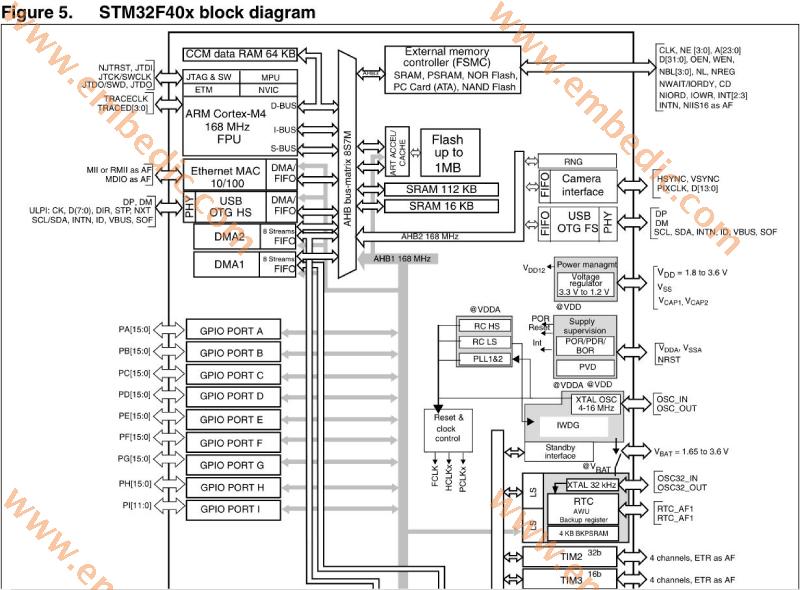 14. How do STM32F407 chip pins and functions correspond 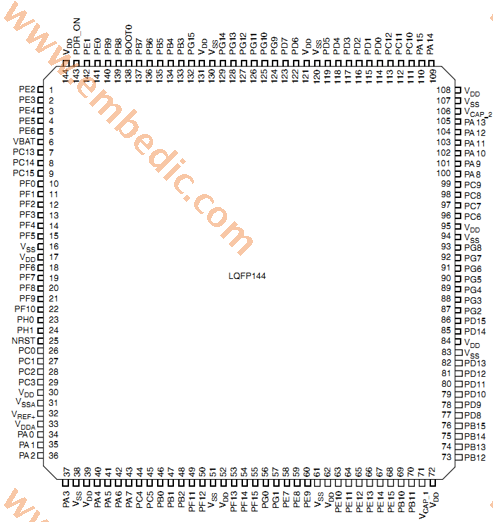 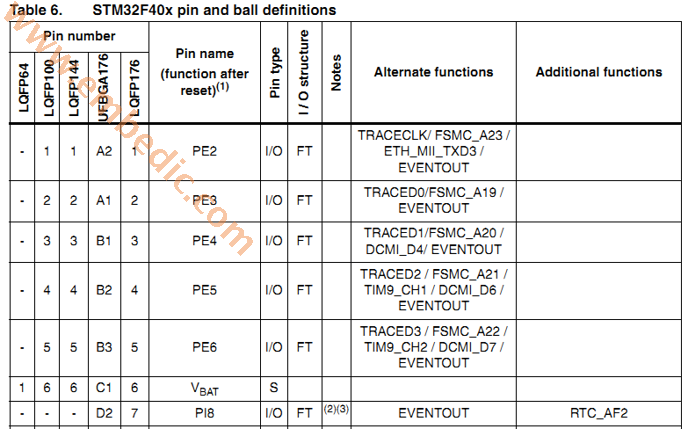 The above is all about STMicroelectronics STM32F407 chip. For more information about well-known manufacturers of Embedded Microcontroller Units, click here.