1. Introduction to the F3 series

The above is a brief introduction to the STM32F3 series on the official website. As you can see, the STM32F3 arduino is a series of better performing MCUs from ST with enhanced peripherals that are part of the analog circuitry. For example, the STM32F303 has four operational amplifiers with programmable gain. The STM32F3 series of MCUs are not as widely used as the F4 series, so there is less online learning material available. embedic has gained some understanding of this series of MCUs after a short exposure. Now I will share some simple understanding of the operational amplifier (OPAMP) in the STM32F3 series (mainly STM32F303) chips to help more people. Since I have a STM32F3 DISCOVERY board from ST, the MCU model on it is STM32F303VCT6, so this article mainly targets the STM32F303 chip.

The main focus is on the chip's internal op-amp, so the resources of other chips will not be introduced too much, but a brief introduction to the chip's op-amp (OPAMP).

Look mainly at the part in the red box, the ladder can be seen as a selector for multiple inputs and one output. We can see that for OPAMP1, there are four IO ports to choose from for the in-phase inputs, PA1,PA3, PA5, PA7 (note: according to the manual, "The external gainsetting mode gives full flexibility to According to this statement I think any one of the four IO ports can be multiplexed, as determined by the program). PA5 can be multiplexed as an output of the chip's internal DAC, and PA7 can also be multiplexed as an in-phase input of OPAMP2. For OPAMP1, its inverting input can be one of PA3, PC5. As can be seen from the diagram, the output of OPAMP1 can be connected directly to the chip's internal ADC module as an input to the ADC, and PA2 can also be multiplexed as its output. From this block diagram the connection of the modules inside the chip can be clearly seen, which helps a lot in the application of the MCU.

3. Operating mode of the op-amp

The picture above shows the op-amp in standalone mode. For the purpose of illustration, the actual working circuit is outlined in red (as shown in the lower part of the picture). It is of course possible to connect it to other forms of amplification circuits. 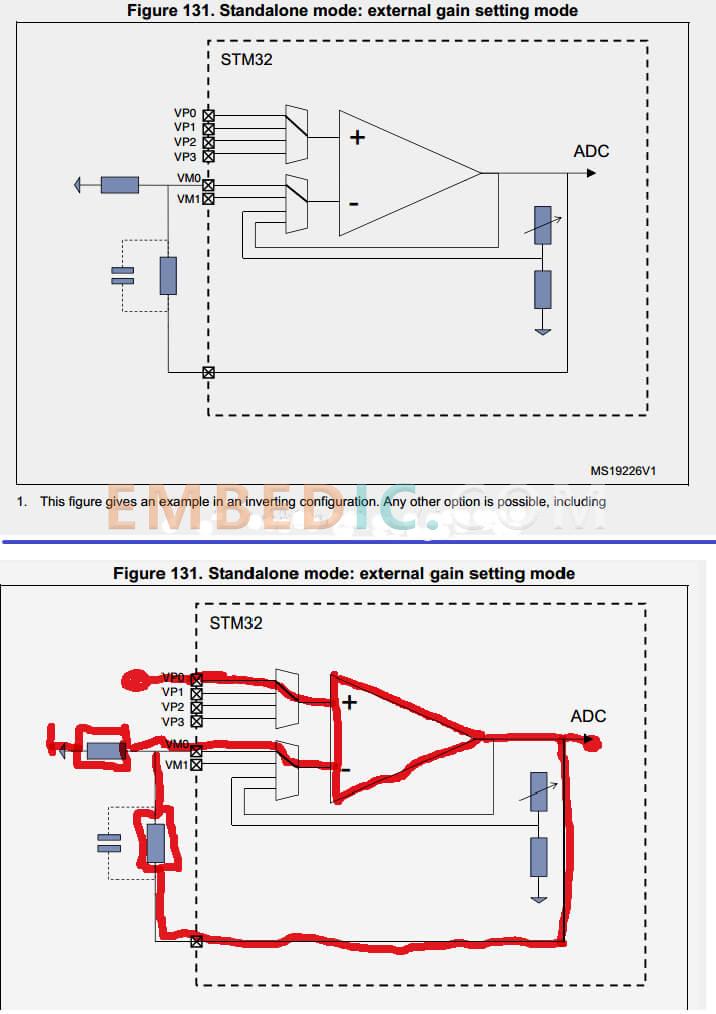 Illustrative diagram when the op amp is in standalone mode

In this mode the op-amp acts as a voltage follower with a gain of 1. For example, the in-phase input can be connected to the DAC to increase the output impedance of the circuit. 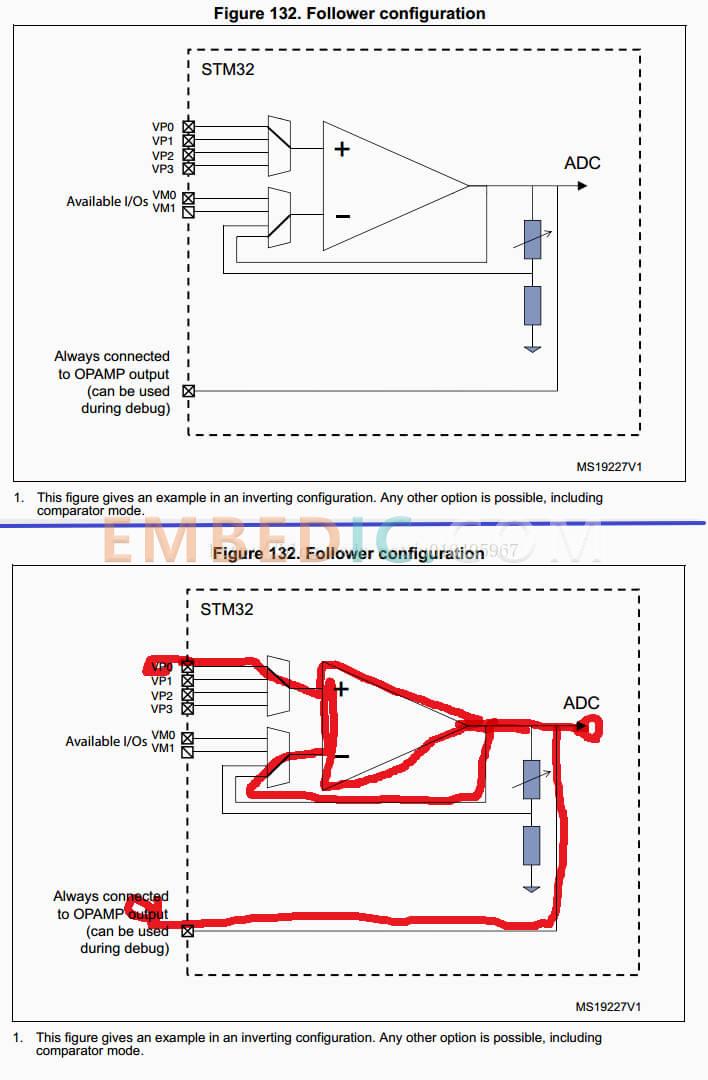 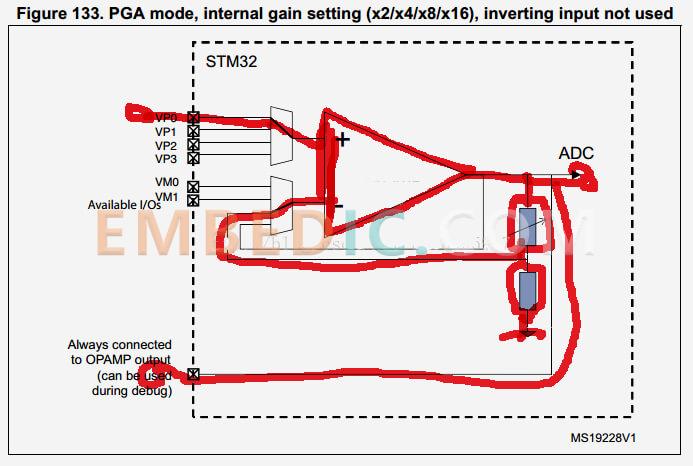 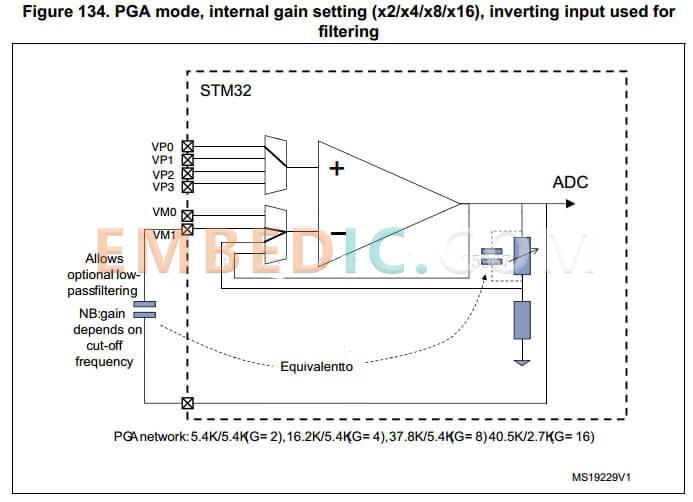