What are the mainstream microcontrollers in 2021?

The most widely used 8-bit microcontroller is of course the easiest microcontroller for beginners to learn, first introduced by Intel, due to its typical structure and perfect bus-specific registers for centralized management, numerous logic bit operation functions and control-oriented rich instruction system, known as a generation of "classics", for the future It laid the foundation for the development of other microcontrollers. 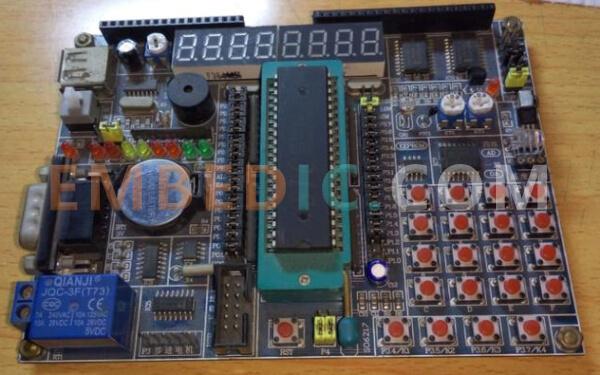 1.From the internal hardware to software has a complete set of by-bit operating system, called the bit processor, the object of processing not words or bytes but bits. Not only can some of the special function registers on the chip to process a bit, such as transfer, set, clear, test, etc., but also to carry out the logic of the bit operation, its function is very complete, easy to use.

2.At the same time in the on-chip RAM area also opened a special dual-function address area, the use of extremely flexible, this feature undoubtedly provides great convenience to the user, the

3.Multiplication and division instructions, which also brings convenience to programming. Many eight-bit microcontrollers are not equipped with multiplication functions, multiplication when you have to make up a subroutine call, very inconvenient.

Disadvantages: (Although it is a classic but the disadvantages are still very obvious)

1.AD, EEPROM and other functions need to rely on the expansion, increasing the burden of hardware and software

2.Although the use of simple I/O pins, but the high level when no output capability, which is the biggest weakness of the 51 series of microcontrollers

3.The operation speed is too slow, especially the double data pointer, if it can be improved to bring great convenience to the programming

4.51 protection capability is very poor, it is easy to burn the chip 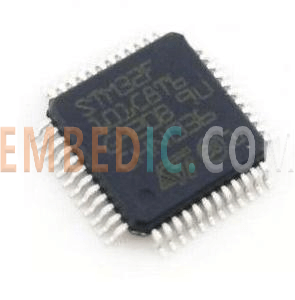 At present, in teaching situations and performance requirements are not high occasions are used in large numbers 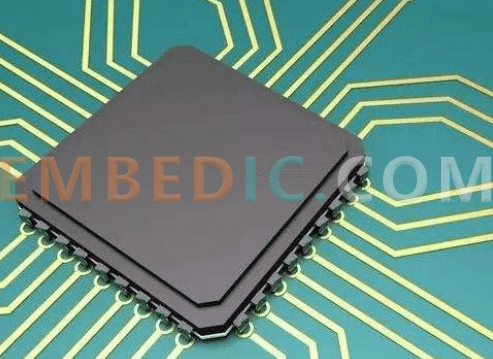 MSP430 series microcontroller is a 16-bit ultra-low-power mixed-signal processor marketed by Texas Instruments since 1996, leaving people the biggest highlight is low power consumption and fast, assembly language is very flexible, addressing mode, few instructions, easy to get started. This is mainly due to the fact that it integrates many analog circuits, digital circuits and microprocessors on a single chip to provide a "monolithic" solution for practical applications. Its rapid development and expanding range of applications depend on the following features... 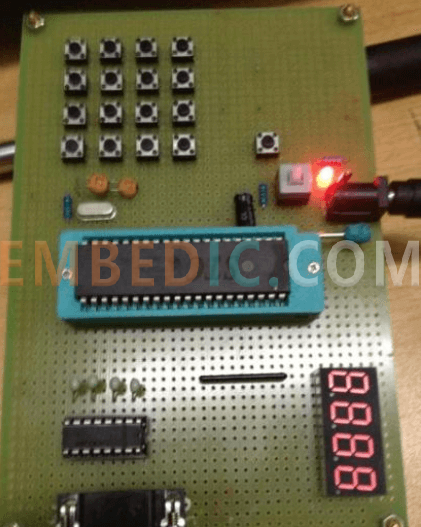 2. In terms of computing speed, the instruction cycle time is 125 ns driven by 8MHz crystal. 16-bit data width, 125ns instruction cycle and multifunctional hardware multiplier (multiply and add) together with the ability to implement certain algorithms for digital signal processing (such as FFT, etc.)

1.I feel that it is not easy to get started, not suitable for beginners to start, information is also relatively small, can only run the official website to find 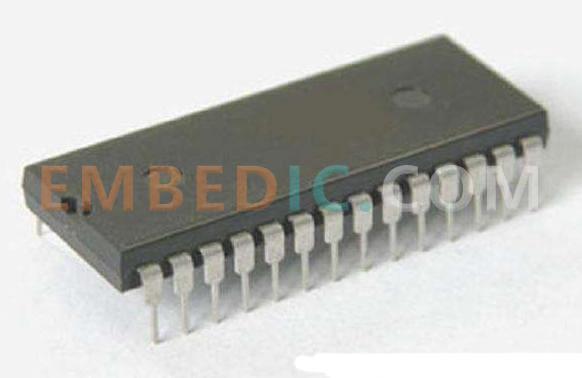 In low-power and ultra-low-power industrial applications are more. 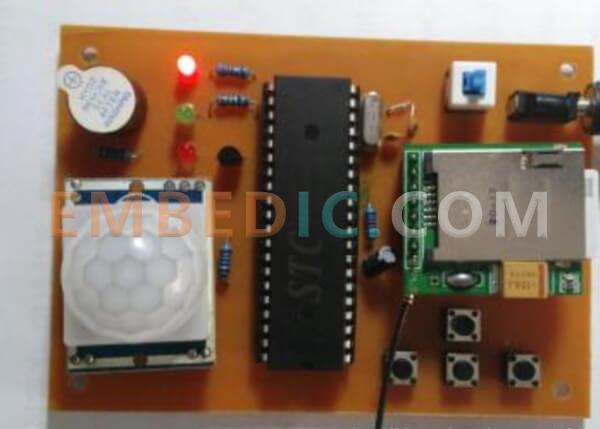 STM32 series microcontroller launched by ST manufacturers, industry friends know that this is a super cost-effective series of microcontrollers, there should be no one, the function and its powerful. It is based on the ARM Cortex-M core designed for high-performance, low-cost, low-power embedded applications, while having first-class peripherals: 1μs dual 12-bit ADC, 4 megabits / second UART, 18 megabits / second SPI, etc., in power consumption and integration also has a good performance, of course, and the MSP430 power consumption is slightly inferior to some But this does not affect the engineers to its degree of enthusiasm, due to its simple structure and easy to use tools with its powerful features in the industry is famous ... its powerful features are mainly manifested in. 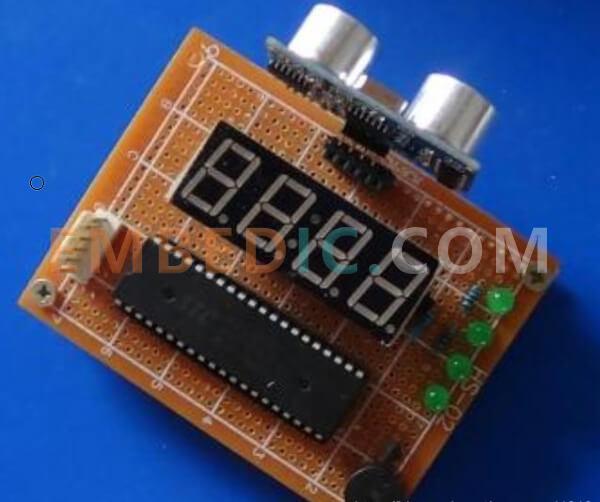 4. Debug mode: Serial debug (SWD) and JTAG interface. Up to 112 fast I/O ports, up to 11 timers, up to 13 communication interfaces

PIC microcontroller series is the product of the United States Microchip Corporation (Microship), there are three levels, namely, basic level, intermediate level, advanced level, is currently one of the fastest growing market share of the microcontroller, CPU using RISC structure, respectively, 33, 35, 58 instructions, is a streamlined instruction set, while using Harvard dual bus structure, fast operation, it enables program This instruction pipeline structure, in a cycle to complete two parts of the work, one is to execute the instruction, the second is to remove the next instruction from the program memory, so that the total seems to take only one cycle per instruction, which is one of the reasons for high efficiency operation, in addition to the PIC microcontroller has become a very hot microcontroller is not only the following characteristics.

When set to 1 for input state, and regardless of the pin is high level or low level, the external are high resistance state; set to 0 for output state, regardless of the pin for what level, are low resistance state, have considerable driving capacity, low level inlet current up to 25mA, high level output current up to 20mA. compared to the 51 series, this is a great advantage.

It can directly drive the digital tube display and the external circuit is simple. Its A/D is 10 bits, which can meet the accuracy requirement. It has online debugging and programming (ISP) function. 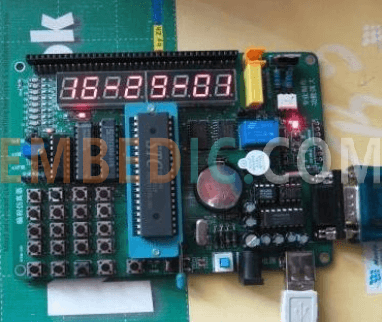 Its special registers (SFR) are not concentrated in a fixed address interval (80 to FFH) like the 51 series, but are scattered in four address intervals. Only five special registers PCL, STATUS, FSR, PCLATH, and INTCON appear in four memory bodies at the same time, but during the programming process, it is inevitable to deal with the special registers and to select the corresponding memory bodies repeatedly, i.e., to set or clear bit 6 (RP1) and bit 5 (RP0) of the status register STATUS. Data transfer and logic operations basically have to be carried out through the working register W (equivalent to the accumulator A of the 51 series), while the 51 series can also be transferred directly between each other through the registers, thus the PIC microcontroller bottleneck phenomenon is more serious than the 51 series, which should be well understood by friends in the programming

The AVR series does not have a structure similar to accumulator A. It is mainly through R16 to R31 registers to implement the function of A. In AVR, there is no data pointer DPTR like 51 series, but three 16-bit registers X (composed of R26, R27), Y (composed of R28, R29), Z (composed of R30, R31) to complete the function of data pointer (equivalent to having three sets of DPTR), and also can make the operation of post-increment or first-decrement, etc., while in 51 series, all the In the 51 series, all logic operations must be performed in A; but the AVR can be performed between any two registers, eliminating the need to go back and forth in A. These are better than the 51 series.

AVR I/O pin similar to PIC, it also has used to control the input or output direction registers, in the output state, the high level output current in about 10mA, low level inhalation current 20mA. this is not as good as PIC, but than the 51 series or excellent ...

Disadvantages: is no bit operation, are in the form of bytes to control and determine the relevant register bits.

C language and 51 C language in the writing method there is a big difference, which makes from the beginning of learning 51 microcontroller friends very uncomfortable 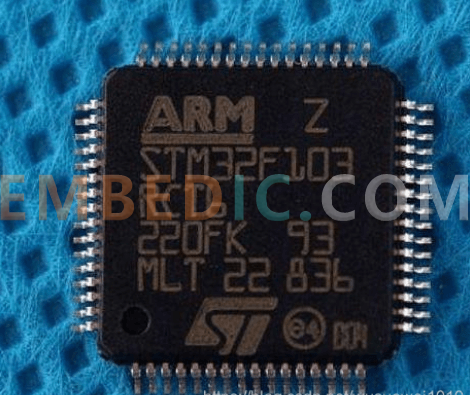 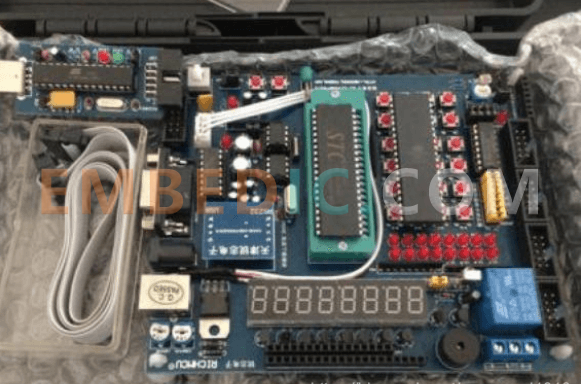 Download burn program with serial port is convenient and easy to use, has a large number of learning materials and videos, the most famous to belong to the video of Mr. Du, many friends interested in microcontroller is through this video to start, while having a wide voltage: 5.5 ~ 3.8V, 2.4 ~ 3.8V, low power design: idle mode, power-down mode (can be woken up by an external interrupt)

STC microcontroller has in the application programming, debugging is more convenient; with 10-bit AD, internal EEPROM, can work in 1T / machine cycle, the speed is 8 ~ 12 times the traditional 51 microcontroller, the price is also cheaper. 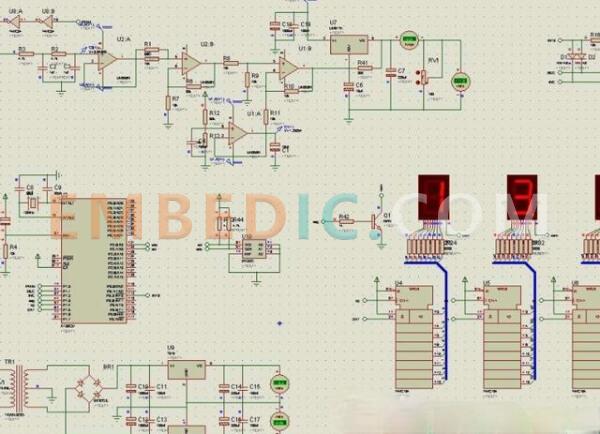