EmbedIC
This website uses cookies. By using this site, you consent to the use of cookies. For more information, please take a look at our Privacy Policy.
Home > Solutions > Burglar Alarm > Based on the NXP LPC54101 E-Lock solution that can be directly mass-produced, it has combined the functions of fingerprint, card swiping, and password.

Based on the NXP LPC54101 E-Lock solution that can be directly mass-produced, it has combined the functions of fingerprint, card swiping, and password.

With the development of science and technology, the penetration rate of domestic smart door locks is far lower than the international normal level, currently less than 3% and they are concentrated in the southeast coastal areas. With the continuous growth of the B-end market, the C-end market is gradually expanding. Hot, smart door locks are coming in the domestic market, and the market will enter a blowout period.

Aiming at the smart door lock market, a mass-produced E-Lock solution based on NXP LPC54101 was launched. This solution combines fingerprint, password, card swiping functions, and reserves UART, which can easily expand other functions such as BLE, ZigBee, NB-IoT, and face recognition. LPC54101 is equipped with SPI, I2C, UART and other serial interfaces to meet the needs of E-Lock applications. According to the actual market demand for E-Lock fingerprints, passwords, and card swiping, World Peace Group has optimized the hardware schematics, PCB and software to meet mass production needs. Customers can make mass production with slight modifications according to World Peace Group’s plans.

It uses NXP MCU LPC54101, which is a mainstream 32-bit microcontroller with ARM Cortex-M4 core, large-capacity Flash & RAM. Its basic parameters are as follows:

The functional block diagram of the master MCU is shown in the figure below: 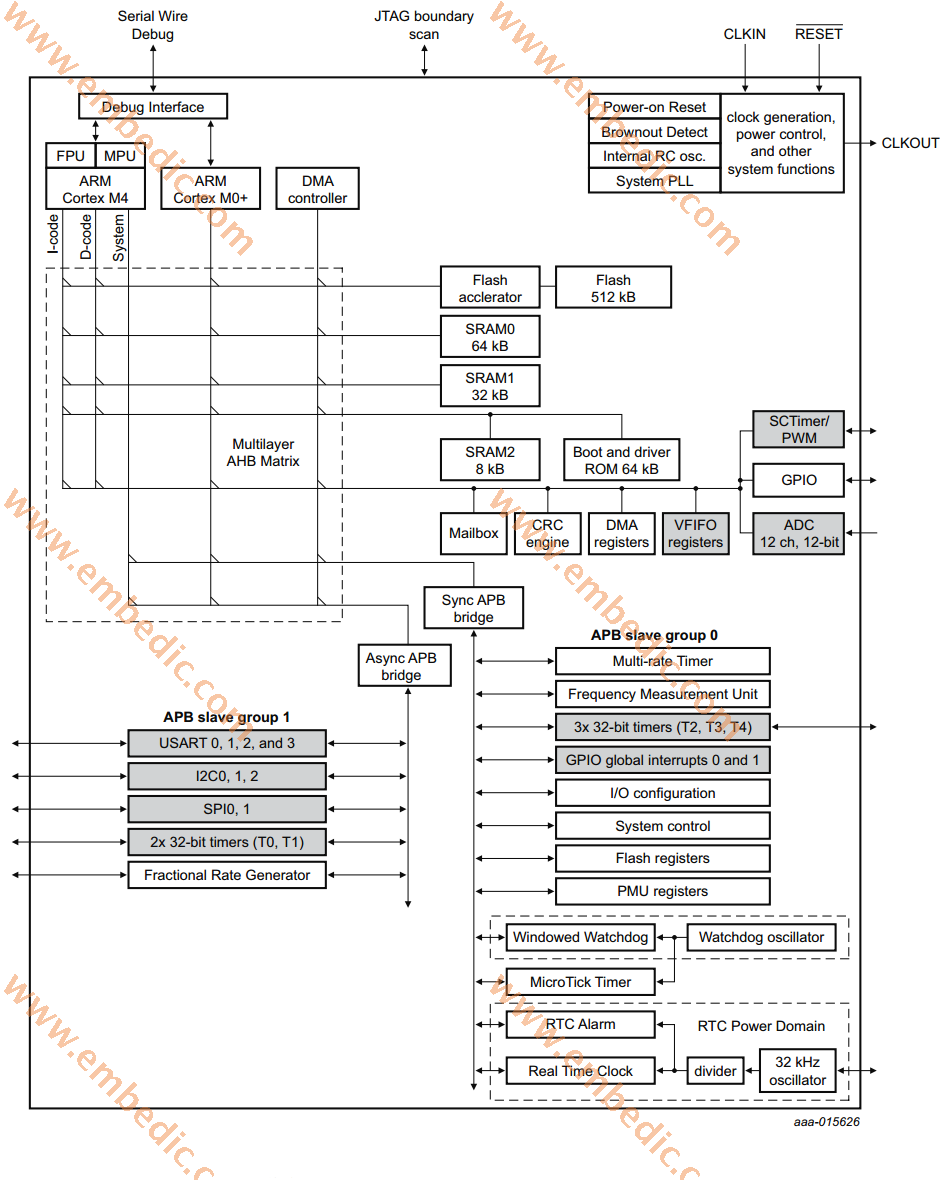 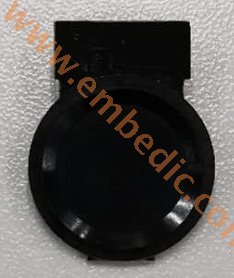 The touch button chip used in the solution is TMS12 from ADS. Its characteristics are as follows:

The NFC chip used in the plan is NXP's MFRC630. Its characteristics are as follows:

-Serial UART, the transmission rate is up to 1228.8kbit/s, the frame depends on the RS232 interface, and the voltage level depends on the pin voltage provided. 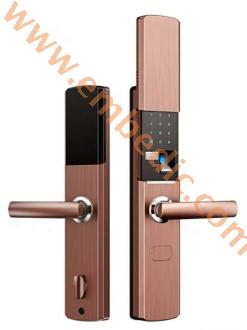 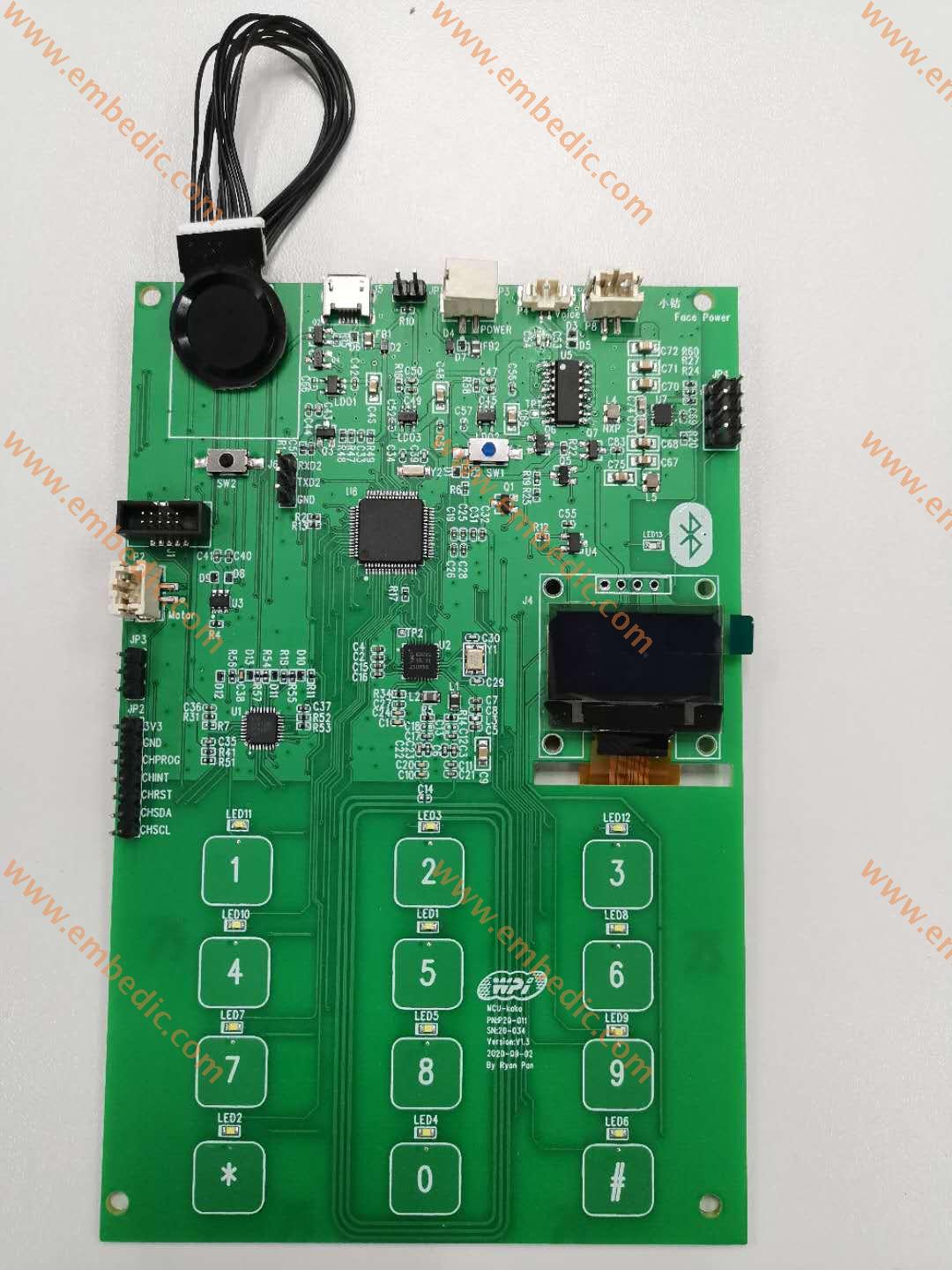 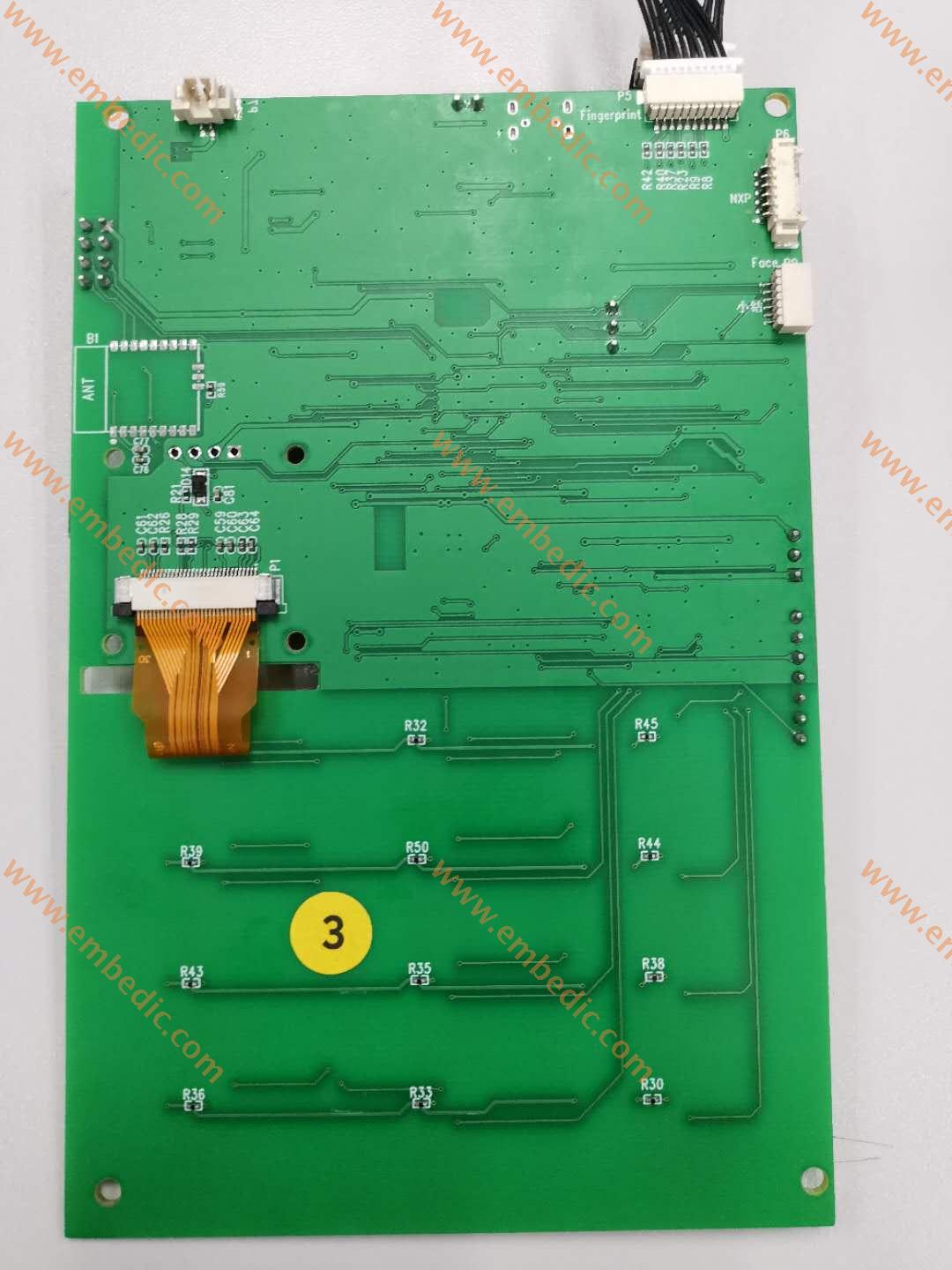 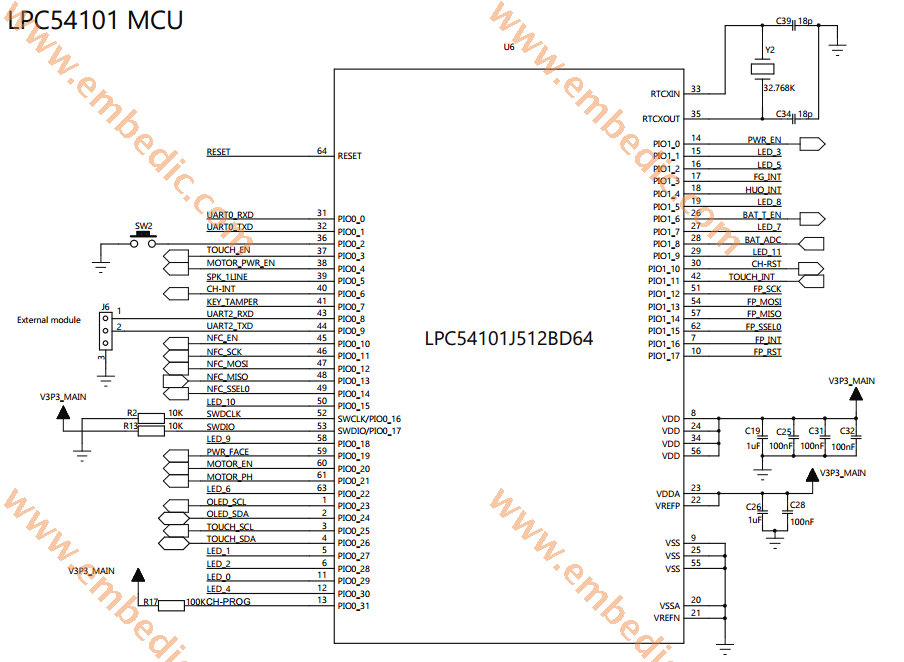 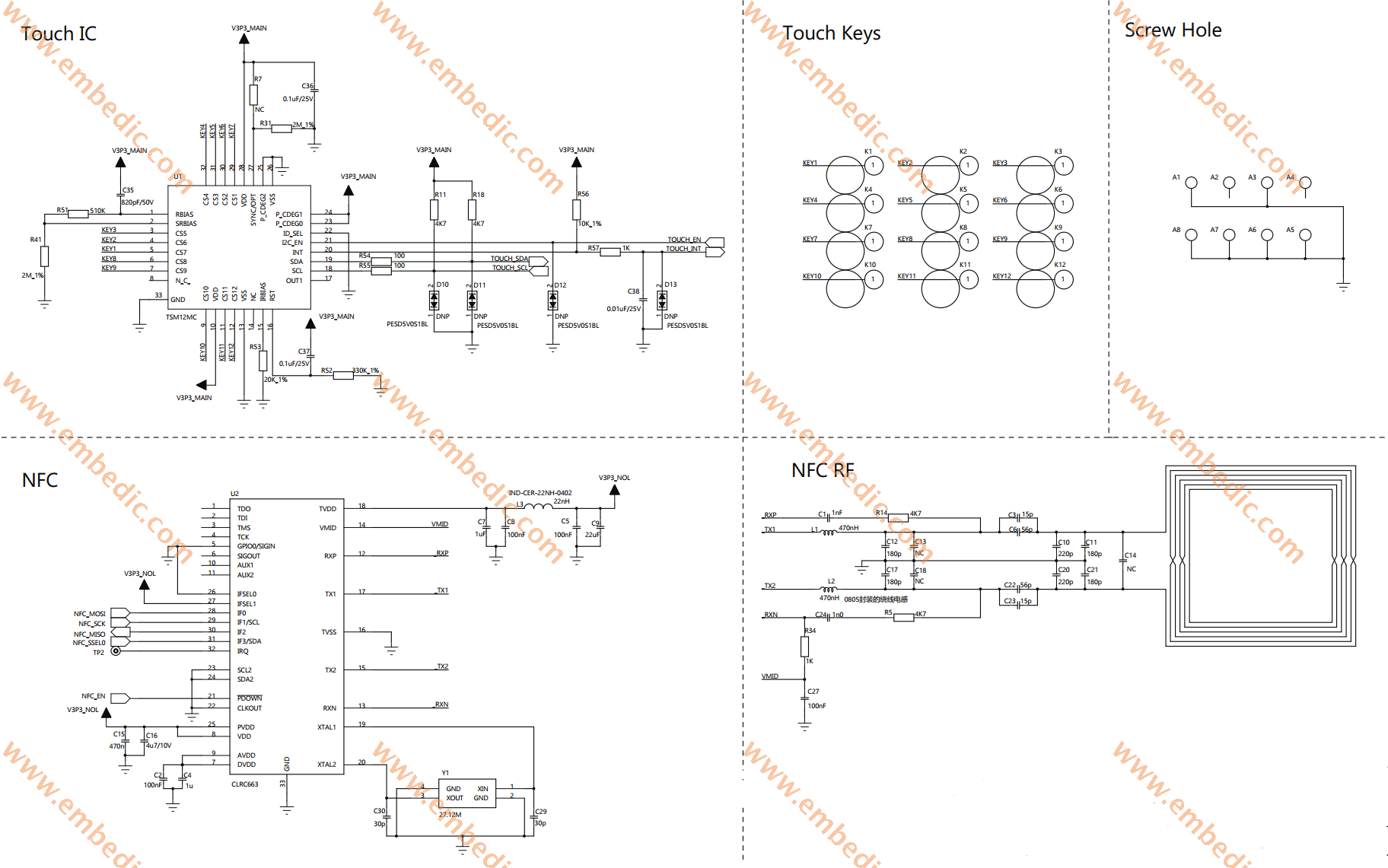 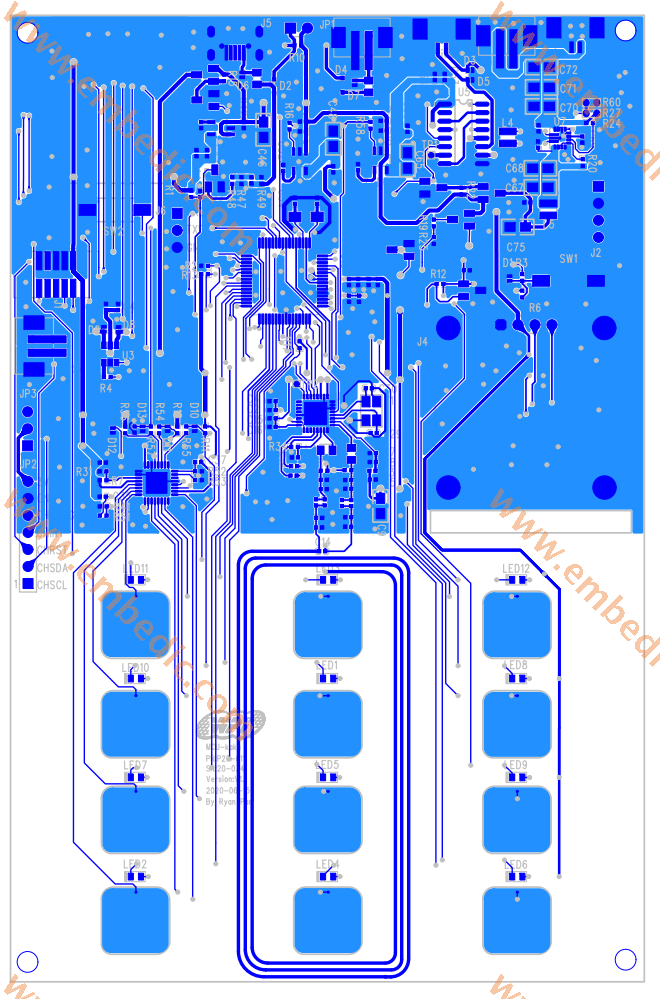 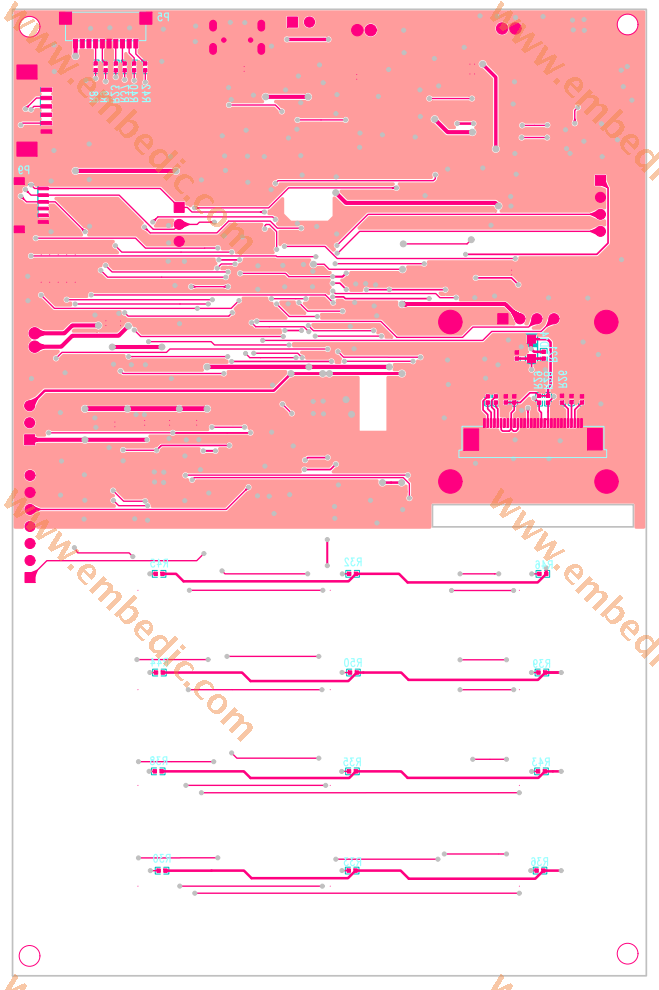