Today Embedic will share with you some of the gains of learning STM32, hoping to enlighten students who are new to STM32. If there is something wrong with the discussion, I hope you can criticize and correct me. you are welcome to leave a message and discuss at embedic.com.

As a beginner to STM32, you usually choose to buy a development board, because there are many integrated modules on the development board, such as infrared module, button module, LED module, DAC module, ADC module, can module, 485 module, Ethernet Module, WiFi module, buzzer module, SRAM module, display screen, etc. Some friends may want to use stm32 as an infrared detection car, then an infrared module is needed; some friends may need to use a WiFi module to design communication products. A picture of the development board used by Embedic when learning STM32 is posted below. 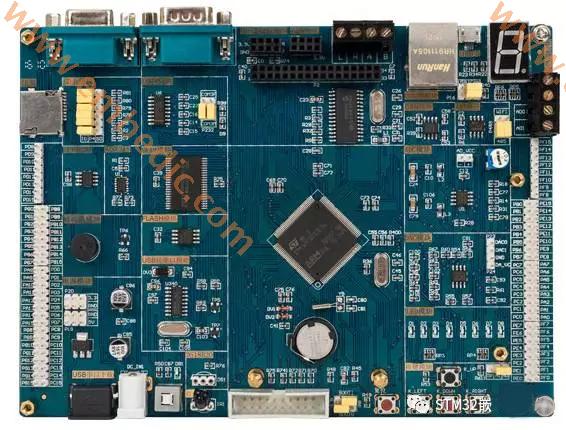 It has the following 3 characteristics:

The ARMv7 architecture defines 3 series with a clear division of labor: 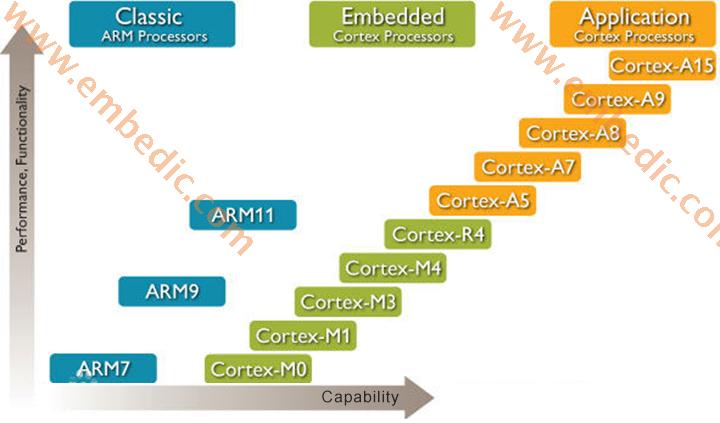 Take the STM32F103RBT6 chip as an example. The model consists of 7 parts, and the naming rules are as follows:

(5) There are many types of chip models and wide coverage.

(6) Strong user base: The company that was the first to successfully test the CM3 chip has accumulated a large number of user groups to pave the way for it.

The usefulness of STM32 depends on its internal resources. I learned that STM32 has many communication interfaces inside. So if the module you use has this interface, it can communicate. such as:

STM32 related part numbers are also many people want to know, here is a brief introduction.

Divided into different products according to the core architecture:

Before the STM32F105 and STM32F107 interconnected series of microcontrollers, STMicroelectronics has launched the STM32 basic series, enhanced series, USB basic series, and complementary series; the new series of products continue to use the 72MHz processing frequency of the enhanced series. The memory includes 64KB to 256KB flash memory and 20KB to 64KB embedded SRAM. The new series adopts three packages of LQFP64, LQFP100 and LFBGA100. Different packages maintain the consistency of pin arrangement. Combined with the design concept of STM32 platform, developers can re-optimize functions, memory, performance and pin count by selecting products to minimize Hardware changes to meet individual application requirements.

The models circulating in the market are:

The new STM32 Connectivity series microcontrollers add a full-speed USB (OTG) interface, so that the terminal product can act as both a USB host and a USB slave when connecting to another USB device; it also adds a hardware to support IEEE1588 accurate time Protocol (PTP) Ethernet interface. Implementing this protocol with hardware can reduce CPU overhead and improve the response speed of synchronous communication between real-time applications and networked devices.

The new interconnected series is also the first product in the STM32 family to integrate two CAN2.0B controllers, allowing developers to develop gateway devices that can connect to two industry standard CAN (controller area network) buses. In addition, the new series of microcontrollers also support Ethernet, USB OTG and CAN2.0B peripheral interfaces to work at the same time. Therefore, developers only need a single chip to design a gateway device that integrates all these peripheral interfaces. 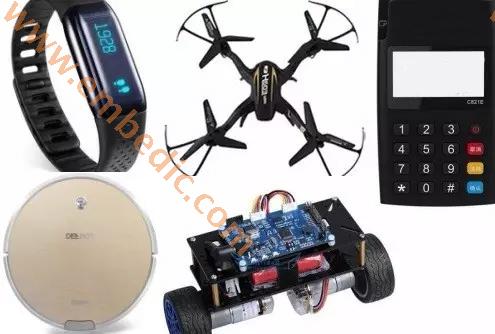 The STM32 series microcontrollers, including the new interconnected series, have a variety of supporting software and development tools, including a free software library provided by STMicroelectronics and extensive support from third-party tool manufacturers. STMicroelectronics will also launch a new evaluation board and is currently providing samples of the STM32F105 and STM32F107 interconnected series to major customers.

The STM32 interconnection series products are divided into two models: STM32F105 and STM32F107. STM32F105 has USB OTG and CAN2.0B interface. STM32F107 adds Ethernet 10/100 MAC module on the basis of USB OTG and CAN2.0B interface. The on-chip integrated Ethernet MAC supports MII and RMII. Therefore, only one external PHY chip is required to implement a complete Ethernet transceiver. Only a 25MHz crystal oscillator can provide the clock frequency for the entire microcontroller, including Ethernet and USB OTG peripheral interfaces. The microcontroller can also generate a 25MHz or 50MHz clock output to drive the external Ethernet PHY layer chip, thereby saving customers an additional crystal oscillator.

In terms of audio functions, the new series of microcontrollers provide two I2S audio interfaces, supporting two modes of master and slave, both for input and output, with a resolution of 16-bit or 32-bit. The audio sampling frequency ranges from 8kHz to 96kHz. Utilizing the powerful processing performance of the new series of microcontrollers, developers can implement audio codecs in software, thereby eliminating the need for external components.

Insert the U disk into the USB OTG interface of the microcontroller, you can upgrade the software on site; you can also download the code through the Ethernet to upgrade the software. This function can simplify the management and maintenance of large system networks (such as remote controllers or point-of-sale equipment).

In addition to the newly-added function-enhanced peripheral interface, the STM32 interconnect series also provides the same standard interface as other STM32 microcontrollers. This peripheral sharing improves the application flexibility of the entire product family and allows developers to The same software is reused in multiple designs. The standard peripherals of the new STM32 include 10 timers, two 12-bit 1-Msample/s analog-to-digital converters (2-Msample/s in interleaved mode), two 12-bit digital-to-analog converters, two I2C interfaces, Five USART interfaces and three SPI ports. The new product peripheral has a total of 12 DMA channels and a CRC calculation unit. Like other STM32 microcontrollers, it supports a 96-bit unique identification code.

The new series of microcontrollers also continues the low voltage and energy saving advantages of the STM32 product family. The operating voltage range of 2.0V to 3.6V is compatible with mainstream battery technologies, such as lithium batteries and Ni-MH batteries. The package also has a dedicated pin Vbat for battery operating mode. The code is executed from the flash memory at a frequency of 72MHz and consumes only 27mA. There are four low-power modes, which can reduce current consumption to two microamperes. Quick start from the low-power mode also saves power; the start-up circuit uses the 8MHz signal generated inside the STM32, and it takes less than 6 microseconds to wake the microcontroller from the stop mode. 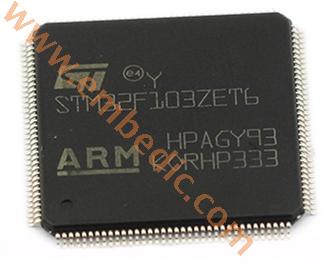 In addition to the most prominent energy-saving features related to the process, the STM32L series also provides more other functions, allowing developers to optimize the power consumption characteristics of the application design. Through six ultra-low power consumption modes, STM32L series products can complete tasks with the lowest power consumption at any set time. These available modes include: (preliminary data in 1.8V/25°C environment)

The STM32L series adds 2 new low-power modes, low-power operation and low-power sleep. By using ultra-low power regulators and oscillators, the microcontroller can greatly reduce the power consumption at low frequencies. The regulator does not rely on the supply voltage to meet the current requirements. STM32L also provides a dynamic voltage rise and fall function, which is an energy-saving technology that has been successfully applied for many years, which can further reduce the internal working voltage of the chip when it runs at low and medium frequencies. In normal operating mode, the current consumption of flash memory is the lowest 230μA/MHz, and the power consumption/performance ratio of STM32L is the lowest 185μA/DMIPS.