The Role of TCP Protocol

The Internet consists of a set of protocols, of which TCP is only one layer, with its own division of labor. 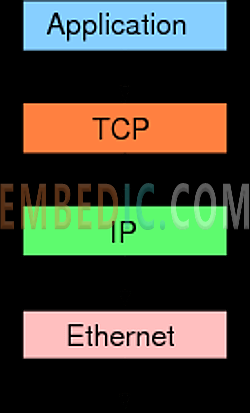 The lowest layer, Ethernet, specifies how electronic signals are composed into packets and addresses point-to-point communication within a subnet. 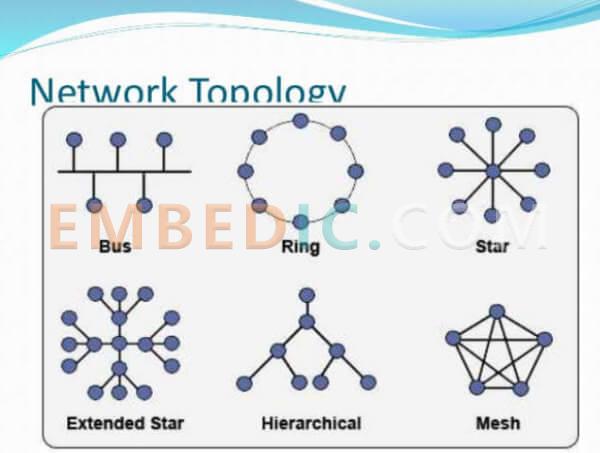 However, the Ethernet protocol does not solve how multiple LANs can interoperate, which is solved by the IP protocol.

The IP protocol defines its own set of address rules, called IP addresses. It implements the routing function, allowing host A on one LAN to send messages to host B on another LAN. 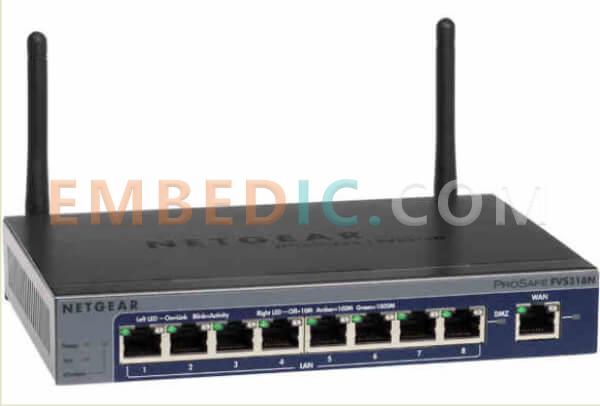 (Image description: A router is based on the IP protocol. LANs are connected to each other by routers.)

The principle of routing is very simple. All routers in the market have many network ports behind them to access multiple network cables. There is a routing table inside the router, which specifies that the A-segment IP address goes to exit one, and the B-segment address goes to exit two. ...... Through this set of "signposts", the packet forwarding is realized. 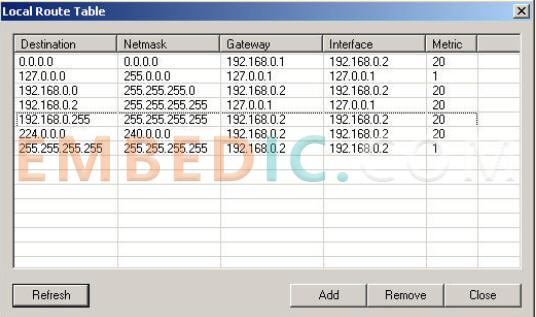 (Image caption: The routing table of this machine indicates to which interface the packets with different IP destinations are to be sent.

The IP protocol is only an address protocol and does not guarantee the integrity of packets. If the router loses a packet (for example, if the cache is full, a new incoming packet is lost), it needs to discover which packet was lost and how to resend that packet. This relies on the TCP protocol.

Simply put, the TCP protocol is used to ensure the integrity and reliability of data communication and to prevent packet loss.

The size of an Ethernet packet is fixed, initially at 1518 bytes, and later increased to 1522 bytes. Of these, 1500 bytes is the payload and 22 bytes is the header.

The IP packet has its own header information inside the Ethernet packet load, which requires at least 20 bytes, so the IP packet load is at most 1480 bytes.

The TCP packet is inside the load of the IP packet. It requires a minimum of 20 bytes for its header information, so the maximum load of a TCP packet is 1480 - 20 = 1460 bytes. Since IP and TCP protocols often have additional headers, the TCP load is actually about 1400 bytes.

Therefore, a 1500-byte message requires two TCP packets. A major improvement in the HTTP/2 protocol is that it compresses the HTTP protocol headers so that an HTTP request can be placed in a single TCP packet rather than split into multiple packets, which increases speed.

The numbering of TCP packets (SEQ)

A packet of 1400 bytes, then a large amount of data sent at once, must be divided into multiple packets. For example, for a 10MB file, more than 7100 packets need to be sent.

When sending, the TCP protocol numbers each packet (sequence number, or SEQ) so that the receiving party can restore them in order. In case of packet loss, it is possible to know which packet was lost.

The number of the first packet is a random number. For ease of understanding, it will be referred to here as packet number 1. Assuming that this packet has a load length of 100 bytes, it can be deduced that the next packet should be numbered 101. This means that each packet gets two numbers: its own number, and the number of the next packet. The receiver thus knows in what order they should be restored to the original file.

After receiving TCP packets, the assembly and reduction is done by the operating system. The application does not handle TCP packets directly.

For the application, it does not need to care about the details of data communication. Unless the line is abnormal, the received data is always complete. The data that the application needs is placed inside the TCP packet and has its own format (e.g., HTTP protocol).

TCP does not provide any mechanism to indicate the size of the original file; this is specified by the application layer protocol. The HTTP protocol, for example, has a header message Content-Length that indicates the size of the message body. For the operating system, it is a continuous process of receiving TCP packets and assembling them in order, no less than one packet.

(Image illustration: The system forwards the assembled data to the appropriate application based on the port in the TCP packet. (In the picture above, port 21 is the FTP server, port 25 is the SMTP service, and port 80 is the web server.

The application receives the assembled raw data, and the browser, for example, reads out a segment of data correctly according to the Content-Length field of the HTTP protocol. This also means that a single TCP communication can include multiple HTTP communications.

The faster the server sends packets, the better, preferably all at once. However, send it too fast, there is a risk of packet loss. Small bandwidth, router overheating, cache overflow, and many other factors can lead to packet loss. If the line is not good, the faster you send, the more packets will be lost.

The ideal state is to reach the highest rate that the line allows. But how do we know what the ideal rate is for the other line? The answer is to try slowly.

The Linux kernel has set (constant TCP_INIT_CWND) that when communication starts, the sender sends 10 packets at once, i.e., the size of the "send window" is 10. Then it stops, waits for an acknowledgement from the receiver, and then continues sending.

The ACK carries 2 pieces of information.

The number of the next packet to be received

The remaining capacity of the receiver's receive window

With these two pieces of information, plus the latest number of the packet it has already sent, the sender can estimate the approximate reception rate of the receiver and reduce or increase the transmission rate. This is called the "sending window", and the size of this window is variable. 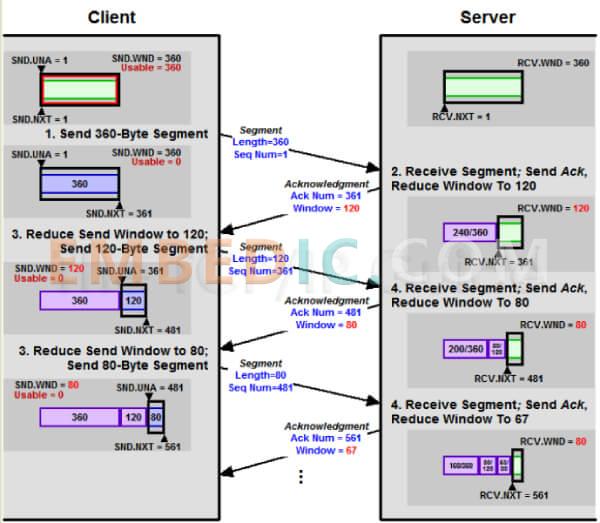 (Image caption: Each ACK carries the number of the next packet, and the remaining capacity of the receive window. Both sides send ACKs.)

Note that since TCP communication is bidirectional, both sides need to send ACKs. the window size for both sides, most likely, is not the same. Also, the ACK is just a few simple fields that are usually combined with data and sent in a single packet.

Even for a connection with a large bandwidth and a good line, TCP always starts slowly with 10 packets and tries to reach the maximum transmission rate only after some time. This is the slow start of TCP.

The TCP protocol can guarantee the integrity of data communication, how is this done?

If the sender finds that it has received three consecutive duplicate ACKs, or if it has timed out and has not received any ACKs, it will acknowledge the packet loss, i.e., packet number 5 is missing, and thus send the packet again. By this mechanism, TCP guarantees that no packet will be lost. 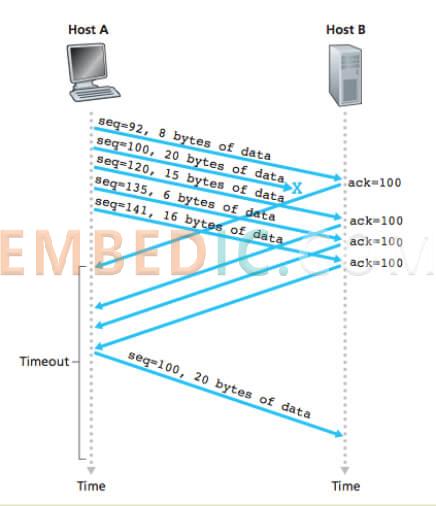 (Image illustration: Host B does not receive packet #100 and will send the same ACK consecutively, triggering Host A to resend packet #100.)

Network protocols for programmers who know at least one programming language